A History of Information Security From Past to Present 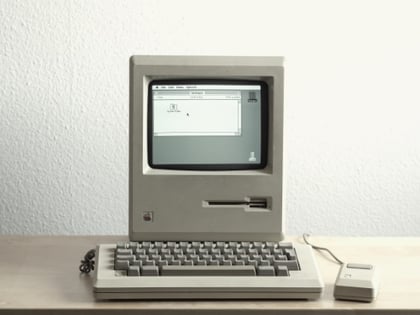 The largest security concerns at this interval were at the points of access. Anyone with enough knowledge about how to work a computer could break into a facility and start accessing sensitive data. In order to secure terminals, passwords and multiple layers of security protection were added to devices.

At this point in the history of information security, network computing was in its infancy (the internet as we know it today wouldn't exist until the end of the 1980s). However, while there was no massive global network connecting every device that wanted to be connected, large organizations, especially governments, were starting to link computers via telephone lines. Recognizing this, people started to seek ways to infiltrate phone lines connected to computers, so that they could steal data. These people became the first groups of hackers.

1980s: Governments become proactive in the fight against cybercrime

By the 1980s, hacking had already burgeoned into an international crime issue. Limited information security systems could not keep up with the constant barrage of clever approaches hackers used to break into computer systems. This fact became extremely prominent when a small group of teenagers from Milwaukee, known as "the 414s," broke into over 60 military and corporate computer systems and stole over $70 million from U.S. banks. In response to this information security crisis, governments started to actively pursue hackers, including the 414s. At this point in time, the sentences were exceedingly light, ranging from stern warnings to probation.

After the worldwide web was made available in 1989, people started putting their personal information online; organized crime entities saw this as a potential revenue source, and started to steal data from people and governments via the web. Firewalls and antivirus programs helped protect against this, but the web was a mostly unsecured and rapidly burgeoning network.

While governments had been pursuing cyber criminals for decades, most punishments were light, often being limited to a confiscation of computer equipment and a ban from computer use for a certain period of time. This changed in the 2000s as governments started to recognize the dangers of hacking. Hackers were jailed for years as punishment for cybercriminal activity. Jeanson James Ancheta, for example, who used hacking to steal less than a millionth of a percent of the amount that "the 414s" stole, was sentenced to five years of jail time. By 2010, high-profile hackers were getting decades in prison for cybercrimes.

Although criminal prosecutions, firewalls and antivirus software had served as deterrents to cybercriminals, they did not stop hackers who were skilled and bold enough to break into computer networks. At this point in the history of information security, security experts started to realize that the best way to protect data was to make it truly inaccessible to hackers. To this end, data encryption, which scrambles data to render it unreadable to unauthorized users, became more widespread. In many cases, encryption occurs at multiple levels, including on digital files, networks and during data transmissions. Organizations now also implement comprehensive information security policies that prevent their employees from making any mistakes that make data accessible to intruders.