The 10 Disadvantages of Manual Documents Filing

New employee: “I can’t find the printer and I need to print something.”

Invoices, receipts, and business cards are digital. Any paper that does come in—usually from the government—gets digitized and put in the cloud and that paper is recycled immediately. Post its and wall-hanging calendars are replaced by apps like Monday and Trello and Teamwork. Notebooks swap for task managers. Clutter disappears and productivity soars. 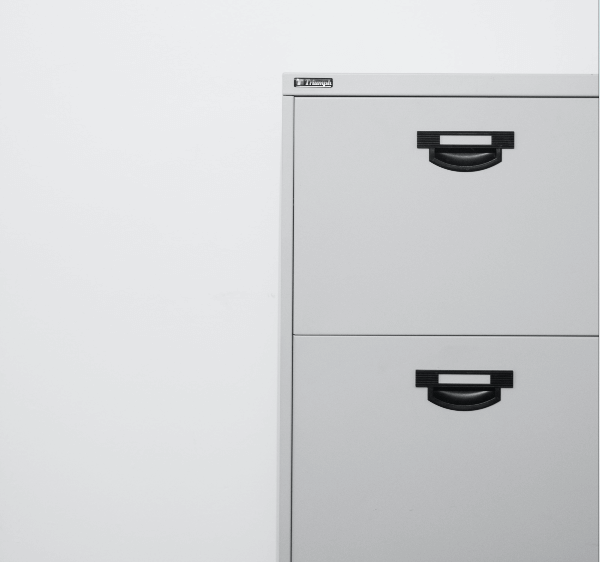 So it seems crazy in 2020 to think that some companies still operate under a paper-based system. Not so crazy, though, if your staff’s median age is somewhere in the late 40s to 50s. And not so crazy when you think about how it was only 40 years ago that computers weren’t really a thing used in business.

Computers didn’t become mainstream in offices until the 1980s. The Internet didn’t become a useable thing on those computers until the 1990s. Adobe didn’t introduce the universally-accepted PDF (Portable Document Format) until 1993 that made it possible for the first time to share and view files easily over email. Those files could be stored in digital folders and copies of files could be stored on backup servers. That’s when paper became a thing of the past.

The older half of office workers grew up with paper. And old habits die hard.

Despite digital advancements, it was common practice to print digital documents—so they became un-digital. Then those digital-to-analog documents were filed in paper folders that were stored in metal filing cabinets. This business process continued well into the 2000s despite the revolutionary advancements in cloud storage technology that made paper backups unnecessary. But people who grew up with paper trust things they can put their hands on. They derive peace of mind from nearness.

Peace of mind should come, however, from bulletproof security not location-based proximity. In 2014, cloud security achieved bulletproof status. But that means we’ve only been at a stage where we could feel satisfied about digitally filing documents for a grand total of six years. So it’s no wonder that 82% of all businesses are still paper-based and still filing documents manually.

“With all the lip service paid to innovation, it’s astounding that most businesses still use technology invented more than 2,000 years ago. We’ve entered the era of 3D printing, artificial intelligence, and missions to Mars — yet only 18 percent of companies consider themselves paperless.”

Six years removed or not, there are too many disadvantages to staying that way.

But change is seldom welcomed. And loyalty to staff often trumps operational fat trimming, especially if your staff has been integral to the success of your company. It also goes without saying that disrupting a long-used system causes downtime or, at the very least, a drop in productivity.

But adopting technology that revolutionizes your business process for the better must happen sooner or later. If you’re part of the 82% in Camp Later, let’s take a look at the disadvantages of operating that way.

Every time a member of your staff touches a paper document, it costs you money:

U.S. businesses waste $8 billion annually just managing paper. It costs an organization an average of $20 to file a document, $120 to find a misplaced document, and $220 to reproduce a lost document.

How in love are you with paying someone to order and keep track of inventory like paper, toner, ink, paper clips, staplers, staples, folders, cabinets, and paper shredders? And don’t forget the cost to light, heat, and run your extra office space, printers, and shredders.


It’s expensive to pay for housing paper. Replacing behemoth cabinets in storage bunkers with invisible cloud storage allows you to downsize your square footage; which means you no longer have to pay rent for all those rooms—or even floors—dedicated to paper file preservation.

2. The cost of damage and misplacement

Paper isn’t fireproof or flood-proof. Nor is it able to scream when someone puts it in the wrong spot. Physical damage doesn’t happen with digital files. A fire at the office destroys the tools that create files, but not the place where those files exist. And digital files are easy to find with a search tool. So if Joanne puts your digital file in the wrong spot, Joe can shoot Joanne an eye-roll emoji and click a button to fix the error. Not so with paper. Joe would have to look for the needle in the haystack for hours—and often come up short. That isn’t great when a client learns you’ve mishandled their information. Nor is it great when you’re Joe’s boss and you wanted him to spend that time making your company money.

Paper is hard to work with

Paper slows down and complicates your workflow. No matter how much Liz loves the feel of a crisp sheet of paper, it will never be

A hardcopy file is an analog thing that isn’t agile. Changing a paper document means making a copy that introduces the problem of multiple copies. Without versioning, how do you know which copy is the right one? Who made those scribbles? And what do those scribbles actually say? Craziness.

Working with paper is a battle. And while your employees may tell you that they are happy to get their suits caught on the papery barbed wire, those daily snags compound into expensive hours of wasted productivity. Your competitors, meanwhile, race forward, digitally weightless and agile.

The 9-to-5 grind has disappeared. Digital documents increase your workforce’s mobility, expanding your office to meet client needs better. Paper is location-based and inaccessible by those working from home... unless another one of your in-office employees can waste his time for a remote worker to find a paper document, then waste electricity feeding it into a fax machine (hold your laughter), and send that file to the off-site employee (albeit old-school) digitally.

It’s easy to steal sensitive data stored in a filing cabinet down the hall. Digital documents come with role-based user permissions, audit trails, and encryption. Modern advancements like Multi-Factor Authentication (MFA) and even newer advancements like Single-Factor biometrics (1FA), make it next to impossible for threat actors to steal your information. Not so when Dave gets disgruntled and purposely tosses your proprietary data into the circular file—at his girlfriend’s cottage.

Most data breaches in the first half of last year were not the result of external hackers poking around in digital files. According to Forrester Research, 25 percent of breaches occurred because of a “malicious insider,” and 36 percent were caused by employee mistakes.—Corp! Magazine

Paper is made from tree pulp. And we need trees to breathe. Which means we need them standing, not clear cut to make paper. This one is a no-brainer. Digital documents add a carbon footprint but aren’t on the same level as paper when it comes to destroying the environment. Do you want to kill the earth? We didn’t think so.

Paper simply doesn’t comply with industry standards. If you’re in the healthcare industry or financial sector, paper isn’t an option. If your industry isn’t subject to compliance measures already, it will be. It’s only a matter of time before regulations force all companies to go digital. Getting on the bandwagon now may mean avoiding penalties later.

One advantage vs 10 disadvantages

The benefits of going paperless are many. Most organizations want to convert to digital because it costs too much to run a business on paper. What holds many companies back is an older workforce and the perception that transitioning to digital is a painful process. But converting to digital documentation and workflows doesn’t bring operations to a standstill because that digital transformation doesn’t happen overnight.

If you put a premium on your team's happiness (the advantage of sticking with manual filing) over a more efficient system, you're stuck with paper for a few more years until the un-adopters retire. That can be an easy choice to make if your team has been with you for 30 years and have helped you build your company’s success, and share in that pride. It's not the end of the world postponing digital transformation a few more years. But the significant drawbacks of filing documents manually are costing you productivity and profits in the meantime. Start the “going paperless” conversation with your employees now so you can start benefiting from the advantages of a digital filing system sooner than later.